Your spouse has been unfaithful to you, has been physically and/or mentally abusive, or has been involved with illegal or immoral activities, and you want to file for divorce.  Is the court going to take this bad behavior into consideration when deciding whether or not you have to pay alimony? The answer is possibly, but not necessarily.

In a case entitled Mani v. Mani, 183 N.J. 70 (2005), the New Jersey Supreme Court described alimony as an economic right that arises out of the marital relationship.  It is intended to provide the dependent spouse with a level of support and standard of living comparable to the quality of life that he or she enjoyed during the marriage.  If bad behavior by the party who is otherwise eligible for alimony has negatively affected the economic status of the marital parties, fault may be considered in calculating alimony.  But if the marital misconduct does not affect the economic status quo of the parties, generally, it is not to be considered in an award of alimony.  The only exceptions to this rule are cases where the potential alimony recipient is guilty of egregious fault.  In the Mani case, the New Jersey Supreme Court referred to a California statute which barred alimony payments to a dependent spouse who attempted to murder the supporting spouse. Deliberately infecting the spouse with a loathsome disease was also cited by the Mani court as an example of egregious fault.  In the case of Clark v. Clark, 429 N.J. Super. 61 (App. Div. 2012), the Appellate Division of the Superior Court of New Jersey further defined “egregious fault.”  This lawsuit involved a situation in which the wife conceived and carried out a long-term scheme to embezzle the cash receipts from the parties’ pharmacy business.  The wife’s actions were criminal in nature and demonstrated a willful and serious violation of societal norms.  This type of conduct is willfully, wrong, fraudulent and purposely intended to deprive the other spouse of the economic benefits of the marital partnership, and it may serve to lessen or abolish alimony.

In the case of Puchalsky v. Puchalsky, 2014 WL 9913174 (App. Div. 2015), an unpublished opinion, the Appellate Division affirmed the trial judge’s alimony ruling.   Both husband and wife were involved in income-tax evasion and healthcare fraud in the course of running a dental practice.  Since both parties were involved in illicit activities, and neither party would be able to replicate their martial lifestyle irrespective of how much or how little alimony was awarded, the appellate court let stand the trial judge’s alimony award.

As unfair as it may seem to the aggrieved party, in a no-fault state such as New Jersey, the court does not generally take into consideration your spouse’s infidelity or the behavior you had to endure during your marriage, when deciding on the amount and term of alimony.  Bringing these types of behavior to the judge’s attention can be valuable, however, with respect to other decisions the court must make such as custody and parenting time, for example.

So, before concluding that you may be “off the hook” in terms of paying alimony to your spouse in light of his/her bad conduct, unless that conduct causes measurable financial harm, it likely will be a negligible factor at best in considering the amount and length of alimony to be awarded.

To ensure financial solvency and to protect assets, some individuals may choose to sign a prenuptial agreement. The decision to get a prenup, however, should not be based on wealth. No matter your financial situation, a prenup could add a layer of protection to your finances and benefit your relationship. 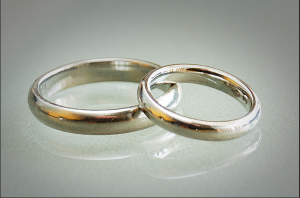 First and foremost, prenups are an essential tool for business owners. In the event of a breakup, this agreement protects small businesses by keeping commercial assets with the owner. Divorce lawyers may try to claim partial or full ownership for their client, even if the client was not involved in the day-to-day operations of the business. A prenup ensures one party maintains legal ownership. Building a small business is a monumental task, and business owners can help ensure the integrity of their life’s work by seeking counsel from an attorney before tying the knot.

Prenups are not just an arrangement reserved for the wealthy. If one spouse enters a marriage with a significant amount of debt, a prenup may protect the other spouse from these debt obligations. In some instances, one party may have to relocate or quit a job for the marriage. Upon divorce, it may be challenging to find employment. A prenup could make this person financially whole by providing support.

While it’s not romantic, the process of sitting down and discussing finances and goals can strengthen a relationship. Couples need to have an open dialogue and a shared vision of proper money management. Disagreements over money can dissolve a marriage. A prenup is a preventative measure that removes all ambiguity. It gives couples a solid foundation to build a long-lasting marriage.

A divorce lawyer can prepare a prenup. During a consultation, this attorney should cover these benefits as well as other logistical information to help you make an informed decision. Remember, a prenup can strengthen the bond between two people all while providing invaluable asset protection.

For many people, child custody determination is one of the more stressful aspects of divorce. Understanding how judges analyze child custody and parenting time in New Jersey can allay fears and prepare parents for often-emotional child custody proceedings. In addition, when a parent’s life dramatically changes after a child custody arrangement is finalized, knowing whether custody modification is possible also can be helpful.

When parents with minor children get divorced, they may create their own child custody arrangement and include it in a marital settlement agreement. If the parents are unable or unwilling to resolve the child custody issue, a judge will make a child custody determination that is in the best interest of the child.

When analyzing which custody arrangement would be in the best interest of the child, judges in New Jersey must consider the following factors listed in N.J.S.A. 9:2-4:

According to New Jersey statute, a person is not deemed unfit to parent unless his or her conduct has a substantial adverse impact upon the child. Also, there is no presumption that either parent is preferred for custody solely because of his or her gender.

The New Jersey Legislature has declared that the state’s public policy is to assure minor children frequent and continuing contact with both their parents, if appropriate considering the children’s best interest. After divorce, New Jersey laws also encourage both parents to share the rights and responsibilities of raising children. Therefore, the most common types of child custody in New Jersey is joint legal and shared physical custody.

When joint custody is awarded, the child frequently alternates between the parents’ two residences. The child custody order will declare the physical custody and residential arrangements for the child and designate the Parent of Primary Residence (PPR) and the Parent of Alternate Residence (PAR). It also will contain provisions for communication between the parents on major life decisions for the child such as healthcare, religion and education.

Once a child custody arrangement is ordered, modification of its terms occurs only by agreement or a substantial change in circumstances.

Because the primary consideration in child custody determinations is the best interest of the child, a parent seeking to alter custody must establish a prima facie case for modification by showing that a substantial change in circumstances affects the welfare of the child such that his or her best interest would be better served by modifying the custody arrangement.

If the petitioner is able to establish a prima facie case for modification, a judge then must consider whether information gathering through discovery is necessary. If so, the judge will order discovery and define its scope. Oftentimes, the judge will hold a plenary hearing at which each parent presents his or her testimony, arguments and evidence. The children may be interviewed by the judge depending upon their ages.

A substantial change in circumstances is a difficult standard to meet. Job loss is not a probative factor unless the parent’s situation is so desperate that he or she is unable to care for the child; however, evidence of substance abuse or physical abuse by a parent is generally sufficient to warrant a change in child custody. Judges also consider the age of the child and his or her preferences, if old enough, as well as the child’s schooling and the lifestyle of the parent.

If you are considering divorce, are wondering what might happen with your children after divorce or would like to modify an existing child support order,contact a family law attorney with experience in child custody cases to discuss your legal rights and options.

Federal health insurance reform did pass. But it has not fully taken effect yet, and the problem of being left without insurance after a divorce still exists in New Jersey and other states.

This article is an introduction to some of the options that a divorcing spouse has when his or her health insurance is affected by the marital breakup. For detailed advice customized to your specific circumstances, contact a New Jersey family law attorney.

If your medical insurance was through your spouse’s policy, you need to consider your options for staying insured after a divorce. This is especially a concern for people with pre-existing conditions, who could easily be turned down by cost-conscious insurers in the private market.

If you get divorced, you cannot be on your spouse’s policy anymore. There is employment right to coverage for a very brief period of time under the federal COBRA law. You may then apply for individual healthcare insurance with the same company that insured you under COBRA, and you will not have to reapply for approval or undergo a physical examination. But COBRA premiums can be very expensive, and the COBRA exception may not be available indefinitely due to the healthcare reform law.

In New Jersey, for companies with fewer than 20 employees, it is possible that protections for divorced spouses similar to COBRA may be available. But again, those premiums are very expensive. You want to stay insured without breaking the bank.

So what do you do?

This is where the nuances of New Jersey divorce law really come into play. It’s important to understand the differences among a few different ways that your divorce can be structured.

LIMITED DIVORCE FROM BED AND BOARD

Until such a motion is filed, however, it may be possible to remain on your spouse’s insurance. This type of occurrence has become more common in recent months, perhaps due to the down economy.

Insurance companies have started to object to the practice, claiming that it is a way of circumventing divorce laws to keep someone on another party’s insurance. Although this is a legal gray area, involving the definition of an “insured” under a given policy, it is worth discussing with your family law lawyer.

OTHER OPTIONS TO MAINTAIN INSURANCE

A marital settlement agreement, by contrast, is premised on equitable distribution of property and allocation of debt. Here too, however, the agreement between the spouses could be structured to make sure that health insurance is covered.

Other alternatives may be possible as well. For example, one party could voluntarily dismiss a divorce complaint and remain on the other spouse’s health insurance for a certain period of time while making other insurance arrangements.

Talk these options over with a New Jersey family law attorney and decide what works best for you in your situation. Doing that will help you put your mind at rest and move forward with your life – with proper health insurance.