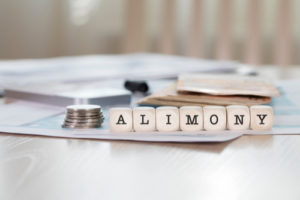 Consequently, New Jersey courts have broad discretion in determining whether or not to award alimony to a party in a divorce action. Typically, New Jersey courts only award alimony if there is a substantial financial disparity between the spouses and this disparity existed during the marriage. If a New Jersey court awards you alimony in your divorce action and your ex-spouse fails to make alimony payments, it is important to know what your legal options are to ensure that you receive the alimony payments to which you are entitled.

If your ex-spouse is not paying you court-ordered alimony payments, you may file a motion in aid of litigant’s rights against your ex-spouse as a means to compel him or her to make the payments. According to New Jersey law, such motion can be filed in cases where one of the parties is willfully disobeying the terms of a court order. These types of motions may only be granted, however, if the moving party proves that the alleged disobedient party is willfully violating the terms of a court order. When an ex- spouse is failing to make court-ordered alimony payments to the moving ex-spouse, the moving ex-spouse may prove his or her motion by providing the court with an affidavit or certification with exhibits, such as bank statements that can be used to show when the payor ex-spouse stopped making payments as well as with oral or written statements made by the payor ex-spouse that indicate he or she will no longer make the court-ordered payments.

In New Jersey, most awards of alimony include provisions allowing the payor ex-spouse’s employer to withhold a certain portion of the payor’s income and use this withholding to make alimony payments to the payee ex-spouse. However, sometimes court orders fail to contain provisions concerning income withholding. If your ex-spouse is failing to make the court-ordered alimony payments to you and there is no provision in the current alimony order allowing the payor’s employer to withhold the payments from the payor’s income, the payee ex-spouse can request that the court modify the alimony order to include income withholding provisions. If a court grants this modification, the employer of the payor will be the one furnishing you with the payments instead of the payor. Consequently, as long as the payor ex-spouse is employed, you will receive your alimony payments.

If you are thinking about filing for divorce, or if you have already started the divorce process and are dealing with another matter such as child custody, child support, or division of assets, you need to speak with a qualified attorney. The New Jersey family law attorneys at The Law Offices of Daniel K. Newman represent clients throughout the state, including Voorhees, Cherry Hill, Haddonfield and Collingswood. We understand how challenging this time can be for you, which is why we will fight hard to protect your interests, and the interests of your loved ones, throughout the legal process. Call us at (856) 309-9007 or fill out our confidential contact form to schedule a consultation. We have an office conveniently located at 1202 Laurel Oak Rd #207 Voorhees Township, NJ 08043.

The articles on this blog are for informative purposes only and are no substitute for legal advice or an attorney-client relationship. If you are seeking legal advice, please contact our law firm directly.

Your spouse has been unfaithful to you, has been physically and/or mentally abusive, or has been involved with illegal or immoral activities, and you want to file for divorce.  Is the court going to take this bad behavior into consideration when deciding whether or not you have to pay alimony? The answer is possibly, but not necessarily.

In a case entitled Mani v. Mani, 183 N.J. 70 (2005), the New Jersey Supreme Court described alimony as an economic right that arises out of the marital relationship.  It is intended to provide the dependent spouse with a level of support and standard of living comparable to the quality of life that he or she enjoyed during the marriage.  If bad behavior by the party who is otherwise eligible for alimony has negatively affected the economic status of the marital parties, fault may be considered in calculating alimony.  But if the marital misconduct does not affect the economic status quo of the parties, generally, it is not to be considered in an award of alimony.  The only exceptions to this rule are cases where the potential alimony recipient is guilty of egregious fault.  In the Mani case, the New Jersey Supreme Court referred to a California statute which barred alimony payments to a dependent spouse who attempted to murder the supporting spouse. Deliberately infecting the spouse with a loathsome disease was also cited by the Mani court as an example of egregious fault.  In the case of Clark v. Clark, 429 N.J. Super. 61 (App. Div. 2012), the Appellate Division of the Superior Court of New Jersey further defined “egregious fault.”  This lawsuit involved a situation in which the wife conceived and carried out a long-term scheme to embezzle the cash receipts from the parties’ pharmacy business.  The wife’s actions were criminal in nature and demonstrated a willful and serious violation of societal norms.  This type of conduct is willfully, wrong, fraudulent and purposely intended to deprive the other spouse of the economic benefits of the marital partnership, and it may serve to lessen or abolish alimony.

In the case of Puchalsky v. Puchalsky, 2014 WL 9913174 (App. Div. 2015), an unpublished opinion, the Appellate Division affirmed the trial judge’s alimony ruling.   Both husband and wife were involved in income-tax evasion and healthcare fraud in the course of running a dental practice.  Since both parties were involved in illicit activities, and neither party would be able to replicate their martial lifestyle irrespective of how much or how little alimony was awarded, the appellate court let stand the trial judge’s alimony award.

As unfair as it may seem to the aggrieved party, in a no-fault state such as New Jersey, the court does not generally take into consideration your spouse’s infidelity or the behavior you had to endure during your marriage, when deciding on the amount and term of alimony.  Bringing these types of behavior to the judge’s attention can be valuable, however, with respect to other decisions the court must make such as custody and parenting time, for example.

So, before concluding that you may be “off the hook” in terms of paying alimony to your spouse in light of his/her bad conduct, unless that conduct causes measurable financial harm, it likely will be a negligible factor at best in considering the amount and length of alimony to be awarded.

I see it time after time.  To save divorce attorney’s fees, people go down several different paths:  They pay a nominal sum of money to a commercial divorce center in exchange for a packet of forms;  go to the Clerk of the Chancery Division-Family Part for divorce forms;  cobble together self-drawn marital settlement agreements  from internet sites; or acquire generic forms from family and friends.  Actually, it is surprising how much the layperson gets right from these various sources.  The problem that arises, however, is the critical nature of those several things which are omitted or poorly worded.  Child custody and child support are fertile areas for mistakes in agreements drafted by laypersons.  The distinctions between “legal” custody and “physical/residential” custody are often not understood and, therefore, not correctly phrased in the agreements.  Parenting time is not sufficiently specific.  For example, pickup and dropoff arrangements are not clarified, and extended summer parenting time and holiday visitation are either left out or imprecisely phrased.

Lack of understanding of the New Jersey Child Support Guidelines by divorce litigants often leaves them uncertain as to how much money per week should be paid for child support resulting in too little or too much being paid.  Also, failure to have child support paid via wage execution through the County Probation Department Enforcement Division is not included in the agreement.  The child support recipient often does not know the process to implement the wage execution.

As far as real estate division is concerned, the quitclaim deed/mortgage refinance issue is usually mishandled.

Regarding spousal support, it is not uncommon for the amount of the weekly alimony and the length of the alimony term to be inconsistent with the statutory guidelines and conventions employed by the courts and divorce attorneys.

As well, division of retirement assets is often never accomplished since laypersons generally do not understand the contributory retirement plan “rollover” process and the necessity for Qualified Domestic Relations Orders (QDROS) for defined benefit plans (pensions).

To correct the above mistakes, indeed, if that can be accomplished at all, may wind up costing more than if an attorney had been retained to handle the divorce in the first place.

The procedural remedy in New Jersey is a post-judgment motion to attempt to correct the deficiencies in the marital settlement agreement.  Sometimes this is successful and sometimes not.  There are two competing legal doctrines: one, basic contract law; and two, recognition that the Chancery Division-Family Part is a court of equity which seeks to provide justice to all parties.  On the one hand,  in interpreting a contractual provision, the goal is to ascertain the intention of the parties to the contract based on the language used, taken as an entirety.  Some judges take the position that the court will not excuse performance of the agreement as written because the court is not obligated to make a better contract for the parties than they saw fit to make for themselves.  The court may also rule that subsequent events which should have been foreseen by the parties when they entered into the martial settlement agreement will not make the contract unenforceable as written.  See Schwartzman v. Schwartzman, 248 N.J. Super. 273, 278 (App. Div. 1991), and Schiff v. Schiff, 116 N.J. Super. 546, 561 (App. Div. 1971), certif. denied 60 N.J. 139 (1972).

On the other hand, there is a legal doctrine in New Jersey by which the law grants particular leniency to agreements made in the domestic arena, and likewise allows judges greater discretion when interpreting such agreements.  The rationale of the New Jersey courts is that although marital agreements are contractual in nature, contract principles do not have as great a place in the law of domestic relations as in other areas of the law.  Lepis v. Lepis, 83 N.J. 139, 148 (1980); Guglielmo v. Guglielmo, 253 N.J. Super. 531, 542 (App. Div. 1992); Konzelman v. Konzelman, 158 N.J. 185, 194 (1999).

Chancery Division-Family Part judges, when confronted with a post-judgment motion to amend, interpret or clarify the marital settlement agreement, have a substantial degree of discretion.  Only in the most extreme circumstances, such as if there is a plain misreading of the law by the Chancery Division judge, will an appellate court reverse the trial judge.

So, if you choose to represent yourself in a divorce, beware of the legal and procedural obstacles that lay ahead.